We saw a 100% elimination of keying fees and 86% hit rate for check payments. So that’s something that I think is higher than the average and we’re really pleased with that 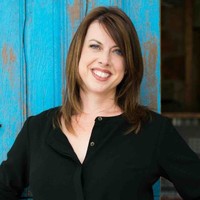 Lhoist was receiving 22000 payments from 2000 active customers, often at the same time each month, making it difficult for their limited team of 3 FTEs to manage these peaks efficiently. The entirely manual cash application process involving massive paperwork led to further delay leading to cash being unapplied even post 30 days of the due date.

In addition to being paper-intensive and complex, the process was also non-standardized and decentralized, leading to inefficiencies such as inaccurate invoices, payment delays, negatively impacted cash flow, and high dispute rates. The teams were thus working overtime, leading to burnout and higher costs and still having about $5 Million of cash waiting to be applied.

There was more to the cash application complexity at Lhoist than just millions of unapplied cash. Lhoist was leveraging banks to process their checks for them, and with 70% of the payments being checks, it ended in costly key-in services for 7 business units, forcing Lhoist to pay a high price to banks.

Over 30% of all payments received by Lhoist were in the form of e-payments. This significantly impacted processing as the remittances were non-standardized – the team downloaded them from customer portals. In contrast, others were received in the form of emails. In many cases, remittances were missing, and analysts had to work on them manually to find and match them with the invoice. The emergence of new payment methods and changing payment behavior of customers further added to the complexity of Lhoist’s cash application.

With all the added workload, Lhoist was viewing deductions as a burden on their business operations rather than as an opportunity to identify areas of improvement. Sometimes, the cost of analyzing deductions was exceeding the potentially recoverable amount, and the deductions were being written-off, leading to significant losses.

Lhoist Inc. has a global presence in more than 25 countries with 100 facilities and 6,400 employees. With a turnover of $2.2 billion, The Lhoist Group is dedicated to serving customers in key market segments such as Iron and Steel, Chemicals, Pulp and Paper, Flue gas treatment, Oil additives, etc.

Lhoist was looking for automation software to help them increase the efficiency of their cash application process while bringing down the expenses involved. They decided to leverage the cash application solution by HighRadius due to the below functionalities that it brought to the table.

Auto-capture of remittance data from check stubs with OCR Feature:

The multi OCR functionality enables capturing accurate remittance information from check stubs closing any need to be dependent on the bank for keying in data.

The solution enables remittance extraction from email body, attachments, password-protected files, EDIs, and A/P portals, saving the time gone into going to the portals and downloading the remittance files manually.

Auto Coding of Deductions and Discounts:

Autopilot for Order to Cash

Learn how J&J achieved a 95% touchless cash posting rate for 500k remittance line items across 5 Business Units in the US & Canada in just 3 months.