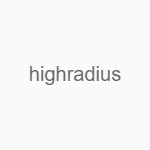 Deductions expertsJessica Butler (Founder of Attain Consulting Group), Kim Zablocky (Founder at Retail Value Chain Federation), and Kimberly Erickson (CEO of Consultant at Optimize Receivables)spoke with HighRadius about the biggest deduction challenges that exist today for suppliers working with the big-box retailers of the world. Today, CFOs are looking to achieve cash excellence, but revenue leakage emerges as a challenge. This blog is a summarized version of the interview. It contains their best practices for A/R leaders in the consumer packaged goods (CPG) industry to mitigate deduction related obstacles and optimize their cash flow.

#1 Inability to handle the rising volume of compliance issues: Experts highlighted that retailers today have become much better at identifying compliance issues on the supplier’s end and charging them for them.

According to Kim Zablocky, most big-box retailers today have sophisticated inbound audit solutions that allow them to track compliance violations from suppliers more accurately. As a result, while these retailers were able to go after only 80-85% compliance deductions back in the 2000s, they can now spot almost 95% of all compliance issues.

HighRadius also found that many retailers give suppliers less time to resolve a compliance dispute. In contrast, the number of compliance deductions has significantly gone up at the same time.

#2 Lack of documentation to quickly resolve post-audit claims: Retailers leverage post-audit deductions to recover money they might have left by failing to claim funds due to the freight charges, the policies of the trade agreement, or shortages. Most big-box retailers have internal teams and third-party agencies looking for post-audit opportunities.

Since they typically take more than a year to audit after the shipment is received, post audits can be challenging to research and validate because suppliers may not quickly find the information needed to support or dispute the claim. Therefore,suppliers must have a strategy to resolve post-audits proactively.

There are no limitations to the number of times a purchase order can be changed. This results in retailers changing it sometimes after the supplier has already shared the advanced shipment notice.

In such cases, the supplier can miss a POD change, ship the wrong quantities of the product, and be charged back for a shortage and an overage. To resolve issues like this, both parties must collaborate well and standardize their policies

A/R leaders should create an environment where their teams can collaborate with other finance functions like sales to collect necessary data faster and make more informed decisions.

Across these forums, leaders can brainstorm collectively on the best strategies for managing deductions, share best practices and insights on what works for a particular big-box retailer vs. what doesn’t, and so much more. They can then share that intel with their teams to help them effectively identify the validity of the made by the customers.

The solution to these A/R related challenges for the long term must be automation. Kimberly, Jessica, and Kim have all agreed that digital transformation is instrumental in ensuring the deductions department’s success in the new economy.

The E-shift in Deductions Management

Sage Intacct recently rolled out its quarterly release. Sage Intacct has been consistent…