We were able to redeploy some of those employees to focus on collecting back invalid deductions. So actually, after about five months of going live, we were able to click close to $6 million back in value. 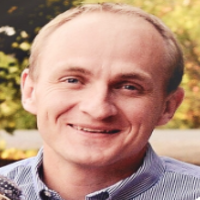 With Danone being a global entity, its Accounts Receivable (A/R) operations extended overseas across four significant businesses- Essential Dairy and Plant-Based Products, Early Life Nutrition, Medical Nutrition, and Waters. The business units are spread across the United States and Canada, and they all follow different processes, systems, tools, and KPIs.Danone decided to set up a shared service center for its BUs in the United States.

Danone first brought in their Water business line within shared services. It was a much smaller business, and it was thus a lot easier for them to just integrate with a lot of similar processes in place. Bringing in their Diary business next made them realize that there were slight differences as the product differed. However, overall being a smaller business, they could work out the kinks and replicate the same across their businesses.

Just when Danone felt the challenges reduce and gain confidence in their plug-and-play model, the decision to bring Canada in turned things around. They thought it would be easy to service units there with the same products sold, but there were many differences. So how it went to market, how they operated with the stores, and even the French language, which meant sending out correspondences in both languages, English and French, were just a few of many challenges that started appearing.

Challenges with Cash Application at Danone

Danone, a prominent global food-product provider, serves a wide range of customers through more than 1000 food wholesalers, including Walmart and Amazon. Danone works with the mission of “bringing health through food to as many people as possible.” Danone has Shared Services for its Accounts Receivable (A/R) across its numerous businesses spread across the globe.

Initially, when we would apply cash, we would have two screens: the first one would have the remittance data, and the other would showcase the SAP environment. But for a lot of these payments, we had to undergo multiple different steps – not just look at the remittance, but also go to the portal and download documents, and it was all too time-consuming.

Danone partnered with HighRadius to standardize its global Order-to-Cash (O2C) processes while also leveraging automation to enable greater operational efficiency, which led them to close about $6 million back in value.

The Cash Application Cloud solution allowed for real-time payments with no lag, thus increasing the cash posting rate for Danone by 95% within 90 days of implementation.

The solution also enabled auto-linking of invoices with the payment while also identifying the short payments allowing the 6 FTEs to focus on other critical tasks like collecting back on invalid deductions and focussing on better customer experience by sending out invalid letters in the preferred local language.

Autopilot for Order to Cash

Learn how J&J achieved a 95% touchless cash posting rate for 500k remittance line items across 5 Business Units in the US & Canada in just 3 months.

Discover how the biggest staffing company in the US trusted an automated cash application solution to manage 3.3 billion payment transactions across 2 ERP systems.