The Secret Recipe for AR automation: How mid-market businesses are getting smarter (Part 1)

Excerpts from an insightful discussion between Sashi Narahari, CEO HighRadius & Rauli Garcia, VP of Strategic Marketing, Sage Intacct. This session was attended by 100+ O2C experts from across industries.

Part 1 of this series features insights from Sashi Narahari, as he discusses interesting developments that are shaping up finance technology. Sashi, a veteran of transforming O2C processes for enterprise companies, also shared his vision of enabling Mid Market companies with best-in-class solutions.

Sashi Narahari is the co-founder and CEO of HighRadius. He brings a unique combination of business management expertise and technical knowledge to his leadership of the HighRadius team and corporate strategy. He has worked with many Fortune 1000 companies in implementing credit management, collections management, dispute management, and invoicing and payments solutions.

Sashi Narahari- “Alright, so this is kind of my favorite part of the story. David versus Goliath,

I actually come with an enterprise background, I used to be an SAP developer, and then SAP consultant. I’ve worked with a lot of CFO offices, transforming their finance functions. I’ve seen millions of dollars being poured and (I think) it’s a very expensive way to transform a department. One of the goals that HighRadius has is to completely disrupt that journey, and how do we bring that to both enterprise clients as well as small and medium businesses?”

On the divide between large corporations vs SMBs

“If you take a $10 billion company, they have $300 million at play, right? To do something. Then they have dedicated CFO staff, split by various functions such as supply chain finance. They also can afford big consultants, all the way from McKinsey’s to Deloittes and Accenture’s. If you compare and contrast that to a mid-sized business, that’s not the reality, you do not have a dedicated staff for doing project improvements. Maybe you have some IT staff, but it’s minimal. They’re always overburdened by work.”

“A lot of the CFO teams that we work with, they’re kind of almost burning midnight oil, closing books over the weekend, month, and it’s a never-ending game. It’s not apples to apples, even though you are able to think strategically and you want to get to the strategic aspect of the business, you don’t have the resources that the Fortune 1000 has. So how do we then transform a mid-market business, given that you don’t have the same resources; that’s the story of the presentation today”

The Tipping Point Towards Digital Transformation 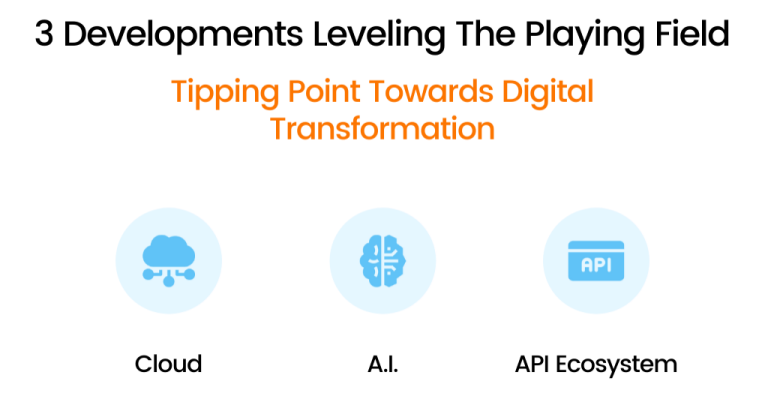 On the key technologies that are disrupting the status quo

“I think there are some very interesting drivers today that help level the playing field between large enterprises that have big budgets and small and medium businesses (with limited resources).”

“One is the cloud, delivery of software of the code over the cloud. If you think about SAP as an ERP software or Oracle (as), monolithic and expensive, that is completely changing. Salesforce is the one that has disrupted it.”

“(Second is) A.I. (artificial intelligence) in terms of how it can bring automation. The third concept is called API (application programming interface), which we’ll talk about, which is the connectivity of cloud-based applications. These three trends that are happening are what I believe is leveling the playing field between David and Goliath, the enterprise companies, and the mid-market ones.” 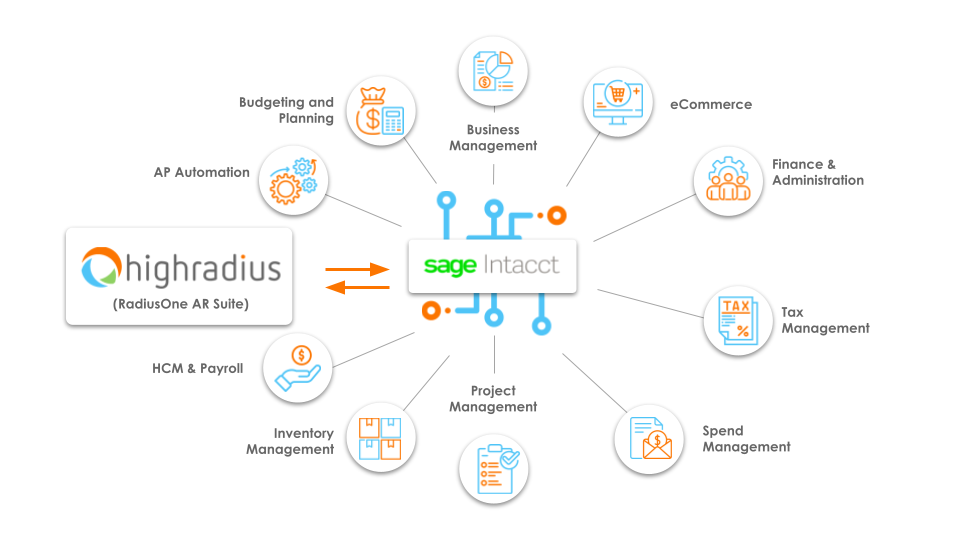 “If you think about Sage Intacct, (it) is a very modern cloud-based ERP system. We’re very excited about working with Sage and Rauli’s team here because they provide a modern API ecosystem of plug and play. So a technology like HighRadius is seamlessly integrated into Sage Intacct, and you can just go from Sage to HighRadius quickly and then orchestrate all of the AR business processes from backend Sage”

“That way, as a mid-market company, if we compare that to an enterprise market where you have deep pockets, you can now quickly activate and get value in a few weeks.

That is mainly enabled with the APIs.”

From Zero to One: Harnessing the ‘Perfect Storm’ 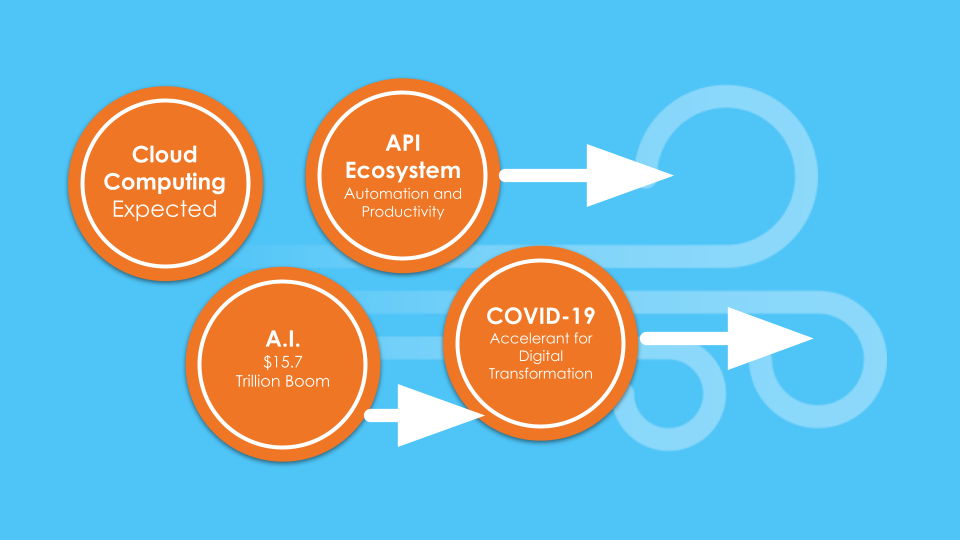 “I guess the summary of that is, why now? A perfect storm for digital transformation. I think cloud computing is almost expected. The API ecosystem provides automation and productivity. The AI revolution which you all know of, how can it drive more automation for you? In the context of COVID, it has become an accelerant given the pandemic, remote work, and work from anywhere scenarios. How can you make sure that your employees are effective and productive? How can you effectively measure productivity? So those are the evolving trends.”

Why should you wait for Part 2?

Part 2 of this series will have insights from Rauli Garcia, VP of Strategic Marketing, Sage Intacct, where he discusses his experience of transforming over 1000+ SMBs with next-gen cloud ERPs. Rauli gives a sneak-peek into practical use cases, trends and innovations that are shaping up their product development philosophy.

A panel discussion by industry leaders from Shurtape, PepsiCo, & GlobalTranz about O2C…

How can the Effective Cost of RPA…

Robotic Process Automation or RPA has become the buzz in the technology world.…

Are you a strategic CFO thriving to…

As the business landscape changes rapidly, the CFOs of today have the opportunity…

Get a Demo of RadiusOne A/R Suite for Your Business