This webinar offers an inside view of how ABInBev achieved order to cash excellence through automation. Get insights from Cyra Garg, Manager Solution Engineering, HighRadius about how AbInBev realized successful digital transformation with integrated, end-to-end platform to overcome challenges, drive value and efficiency in their finance and A/R processes.

This webinar offers an inside view of how ABInBev achieved order to cash excellence through automation. Get insights from Cyra Garg, Manager Solution Engineering, HighRadius about how AbInBev realized successful digital transformation with integrated, end-to-end platform to overcome challenges, drive value and efficiency in their finance and A/R processes. 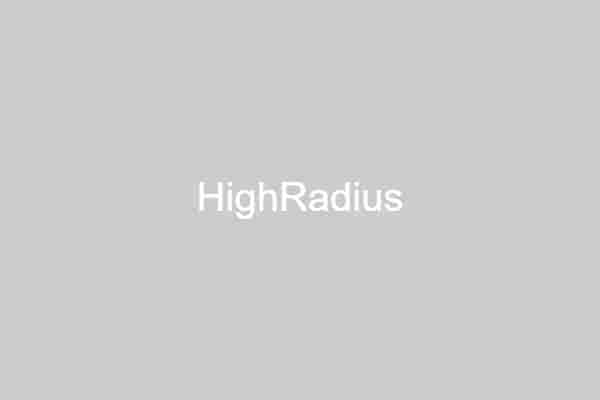 Tanya 0:01
Hello everyone and welcome to today’s webinar. My name is Tanya, marketing manager Premier, and I will be your moderator today. So you’re joining today’s webinar Digital First, the A B InBev story of achieving auditor cash excellence with AI-powered automation. Just a few housekeeping notes before we get started. If you do have any questions, please enter them into the q&a chatbox below. And we’ll answer the questions at the end of the presentation. We would also appreciate your feedback on the webinar today but with a star rating, we will have two polling questions today. So, at the ready to answer those questions will be multiple choice. So just select your answer and hit submit. Okay, so that’s all the housekeeping gum. So I’d like to introduce you to our presenter today Kira, who is a manager of solution engineering at high Rabia. Cyra is involved in AR transformation projects over the past few years and specializes in conducting detailed assessments of the accounts receivable Process benchmarking and development and detailing a detailed roadmap for companies to attain best in class standards. Also mentioned due to extenuating circumstances, unfortunately, hundreds are able to join today’s webinar. So apologies for this I’m sure prior, however, will do a sterling job in telling the story of a bee in bed. So without further ado, over to you, Cyra.

Tanya 43:44
Oh, I think you do have one additional question here, Cyra. So the question is, in your experience with HighRadius customers, how do you think automation helps the HR department become a better partner? The sales function?

Cyra 44:00
Yeah. So yeah, like, like, we keep talking about how sales is a very, very key aspect. And always a forgotten thing in AR is space. And it is very important because you want to make sure that you are equally enabling your salespeople. And that’s why we have a lot of reporting dashboards, which also enable your salespeople and they can just log into the system, can see what are the orders that are going to get blogged. What are the customers not paying back on time early on? So there are a lot of mobile ads as well as systems available for them to have access to and that’s how they can have a very close association with the auditor cash management team and help them to focus on great customers.

Tanya 44:46
Great, wonderful. Well, we are right up with the three seconds of the presentation. So well done clarity being absolutely spot on time. Thank you everybody for joining today’s webinar. Have a great day, everyone. Thank you, Cyra.

Digital transformation is not at all the concept of the future. It is the present. Organizations need to focus on end-to-end automation, which is powered by AI enabled digital assistants, to become the strategic contributor in the office of the CFO.

Temporary vs Permanent Accounts: What’s the Difference (With Examples)

Take me to the blog

How to Use Data-Driven Strategies to Mitigate AR Collections Recovery

Take me to the blog